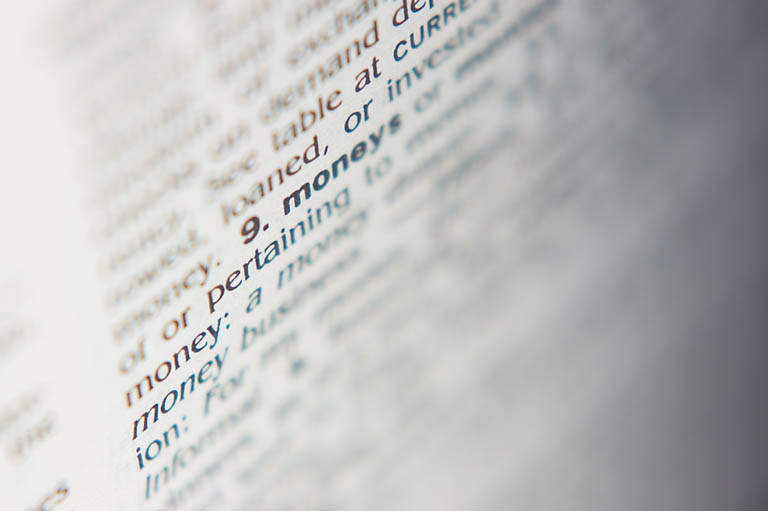 Dodd-Frank, which became law in 2010 as a result of the 2008 Financial Crisis, in an attempt to minimize the possibility of another Financial Collapse and place restrictions on “risky” bank practices, is now in the crosshairs of President Trump who is no fan of the regulation.

Changes in the law, could very well change the rules of the road when it comes to Real Estate. While most of us are familiar with the term Dodd-Frank, I thought it might be helpful if I shared some thoughts recently shared by Ken Sweet for the Associated Press which takes a more detailed look at Dodd-Frank and the possible ramifications of suggested changes……….

“President Donald Trump has wasted little time in beginning a push to reverse the stricter banking regulations enacted after the 2008 financial crisis. Trump has branded the Dodd-Frank Act "a disaster" – a regulatory overreach that slowed the economy and stifled lending to consumers and businesses.

Dodd-Frank did impose tighter curbs on U.S. banks and how they operate. And the restrictions fell particularly hard on community banks. Yet it's also true that by just about every measure, the U.S. economy is healthier now: The job market is solid. The housing market has largely rebounded. And the banking system, which nearly collapsed at the height of the crisis, is safer and sturdier.

The Dodd-Frank Act took effect in 2010, a response to reckless risk-taking by banks that inflated a housing bubble, kindled the financial crisis and eventually required a $700 billion taxpayer bailout. The law was designed, most broadly, to guard against another catastrophe.

But Republicans in Congress, emboldened Wall Street lobbyists and the Trump White House argue that the law went too far and want to roll back many of the regulations. Just as vociferously, defenders of Dodd-Frank say it remains a critically important bulwark against excessive financial risk-taking and should stay intact.

"The Dodd-Frank Act is a disastrous policy that's hindering our markets, reducing the availability of credit and crippling our economy's ability to grow and create jobs," Sean Spicer, Trump's press secretary, said Friday.

Here's a closer look at the law and what's at stake:

Q: What does Dodd-Frank really do?

A: It's a complicated law. But among other goals, it had one overarching purpose: To erase any perception that some mega-banks were "too big to fail" – that is, that they would require another taxpayer bailout in case of a new financial crisis because their collapse would threaten the entire banking system. Take the bankruptcy of Lehman Brothers, once a storied Wall Street investment bank. Its bankruptcy at a precarious moment for the banking system helped ignite a full-blown crisis. Once Lehman failed, the government felt compelled to rescue other financial giants that were deemed too important to the whole system.

Dodd-Frank required the banks to hold much more money relative to how much they lend. It created the Consumer Financial Protection Bureau, which aims to protect consumers from abusive financial products. Large banks had to prove they could survive a hypothetical financial crisis or a deep recession. And they had to devise plans to dismantle themselves in an orderly fashion if they ever had to seek bankruptcy.

Q: So has Dodd-Frank worked?

A: The balance sheets of the nation's biggest banks are far more robust than before the crisis and more prepared to endure financial setbacks. And most analysts say the restrictions imposed by Dodd-Frank largely worked as a safeguard against another crisis. Yet not until another crisis actually hits will it be clear whether Dodd-Frank works as well as its supporters claim. And no one knows for sure whether the law has caused the economy to grow more slowly than it otherwise would.

Q: Has Dodd-Frank made it harder for people to buy a home or car, or to borrow?

A: The law did restrict certain risky mortgages and reined in other types of lending that had previously faced little or no regulation. But Americans, speaking broadly, have ample access to credit. Immediately after the financial crisis, banks scaled way back on lending. Loans were harder to get. Yet for most people, those days are largely gone. The banking industry is making more loans in various forms. And Americans, who drastically pared their debt during the recession, are borrowing again.

Americans have $992 billion in balances on their credit cards, near a record high set in 2008, according to data from the Federal Reserve. Auto loans outstanding total $1.10 trillion, also a record. And the average rate on those auto loans is just below 4.5 percent, near a record low.

What's more, mortgage debt has reached $14.2 trillion, not far below the record set in mid-2008, when the housing market was in a bubble soon to burst. Mortgage rates have been near historic lows for years. (One notable exception: Home equity loans, popular during the housing bubble, have declined since 2009.)

"The argument that Dodd-Frank choked the lending markets is simply not in the data," said Mike Konczal, a fellow at the left-leaning Roosevelt Institute.

Even the most vulnerable Americans have re-entered the financial system. Roughly 7 percent of Americans were unbanked in 2015, down from 8.2 percent in 2011, according to the Federal Deposit Insurance Corporation. (The unbanked are people who have no bank account and are considered largely shut out of the mainstream financial system.)

Q: Have the banking industry's profits been hurt by Dodd-Frank?

A: Because banks are in the business of lending, the industry's fortunes rise and fall in sync with the economy. And as the economy recovered from the Great Recession, so did bank profits.

Still, while profits for large Wall Street banks have recovered, the gains are due largely to how much bigger the big banks became after the crisis. Banks' profits on individual loans are historically low. Yet they have managed to more than make up the shortfall through fees and sheer volume of loans.

Profits at small community banks are another story. They have not recovered. Dodd-Frank's stricter regulations disproportionally hit smaller banks. Unlike the banking giants, community banks don't have the economies of scale to make up for lower profit margins. Some modifications to Dodd-Frank enacted during the Obama administration have been intended to provide some relief to small community banks.

Critics of Dodd-Frank say it's slowed or even stopped the growth of the banking industry since its passage – forcing banks to merge and consolidate just to reach the size they need to survive. Before the recession, there were roughly 7,100 commercial banks in the United States. Nearly 10 years later, the figure is 5,100. Some banks failed in the crisis. But more were gobbled up by competitors or merged.

Yes. In a response to the financial crisis, the Fed cut its main interest rate to near zero in 2008 and kept it there until December 2015. Though the Fed has raised rates twice, they are still well below historical averages. As a result, banks can still lend at low rates.

Consider, too, banks' average net interest margin. This measures how much it costs banks to lend and what rate they charge. That figure is now 3.03 percent. It means that if it costs a typical bank 2 percent to borrow money, it's lending it at 5.03 percent. That 3.03 percent margin is also near a record low.

This suggests that if banks are facing higher costs from tighter regulations and compliance with Dodd-Frank, they don't seem to feel compelled to pass on those costs to consumers.

Q: What about lending to small businesses?

A sharp pullback in business loans followed the Great Recession and the passage of Dodd-Frank. But lending to small businesses soon recovered. And just like U.S. shoppers, businesses large and small are borrowing at high levels again.

Companies have borrowed over $1.1 trillion in commercial and industrial loans from the big banks as of December 2016, a record high, according to the Fed. Even among small banks, business loans totaled $573 billion as of December, also a record high.”

If you’re wondering how prospective changes to the law might impact your upcoming Naples purchase, please give me a call at 239-273-4406 and we’ll discuss what is known and what is possibly coming. You can also share your questions/concerns via email and my email is Fay@move2naplesnow.com. Also feel free to visit my website at movetonaplesnow.com where you can view blogs on other topics and learn about my VIP Buyer Program. Fay Mlinarich, PA., Premiere Plus Realty. 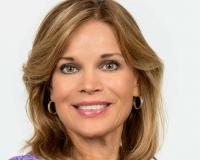 Want to Advertise on this Site?

In just a few seconds, you will be searching just like a Realtor®

About Premiere Plus Realty

Whether you are buying or selling, exceeding your expectations is the commitment the Move2NaplesNow team makes to you. Superior real estate representation is not based merely on locating or marketing a specific property address, but instead on fostering a relationship of mutual trust and shared success. Specializing in the Greater Naples market, Move2NaplesNow, provides buyers and sellers the information, technological tools and exposure needed to effectively meet their individual objectives.

Promising the highest performance standards; honesty, integrity and stability are the core values of the organization. Providing in-depth market knowledge, flexibility, solution and response oriented ac tion with an individualized touch and attention to detail are the mainstay of the team's superior service. Move2NaplesNow stands ready to meet your objectives. They are always prepared to assist experienced as well as first-time home buyers, or investors as they seek their perfect home, vacation or investment property. When you are ready to buy or sell, contact our team to achieve the results you want. Rest assured your experience will yield the outcome you require with the treatment you deserve. Put the power and expertise professional full-time, success driven agents to work for you.

According to the Chief Economist at Realtor.com, the 2019 real estate

Tips For Selling Your Home In Naples FL

Naples And Across The US Homeownership Still Vital To Build Wealth

"Thank you for everything, Shawn. You have been a pleasure to work with throughout this process. I cannot thank you enough for all of your hard work and diligence in facilitating this sale. You rock! "

This is a list of your favorite properties. We will email you if a property is reduced or leaves the market.

This message will go directly to the head of our team.